Recently a video surfaced on the Internet. The video being shared on social media shows a crowd of people gathered on a beach and holding their phones in the air to record  a glowing orb rising in the distance. This video created a lot of buzz as it had been said that it was a man-made sun built by China. This video was later flagged as part of Facebook’s effort to combat false news and misinformation on its news feed. 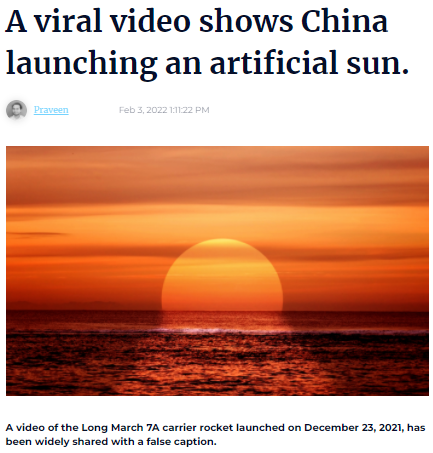 What China does have is something called an “Artificial Sun”. It can also be named as a “man made Sun”. The “suns” are fusion energy reactors. The aim of the scientist behind building this “sun” was to provide an endless supply of clean energy. This thing functions by simulating the nuclear fusion process in the sun. When two atoms fuse together under extremely high temperatures, they create Colossal amounts of energy. This sun was able to sustain temperatures as high as 70 million degrees celsius for 1,056 seconds. This indeed is a new World Record. This “sun” can also be described as a nuclear fusion reactor that recently set a record for Sustaining high temperatures after running five times hotter than the sun for more than 17 minutes. It has been said that it's one of three “artificial suns” being developed in China in hopes of providing “almost limitless clean energy”. 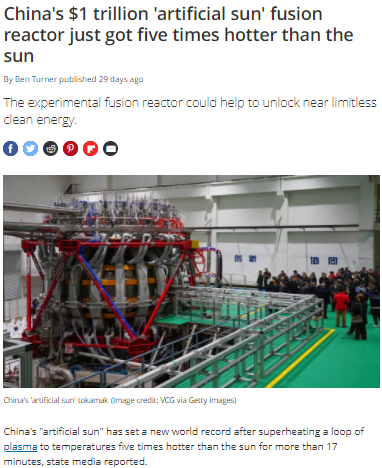 As said before, this artificial sun’s temperature is over 10 times hotter than the sun. With all this invention. Is it actually the future of Clean Energy?

China's Experimental Advanced Superconducting Tokamak (EAST) has achieved a significant milestone in the country’s quest to unlock clean and limitless energy. Chinese media reported that EAST ran at 120 million degrees celsius for 101 seconds. For another 20 seconds, “the artificial sun” also achieved a peak temperature of 160 million degree celsius, making it 10 times hotter than the sun. It is called an “artificial sun” not only for it’s sheer heat and power, but also because it mimics the energy generating process of the Sun. 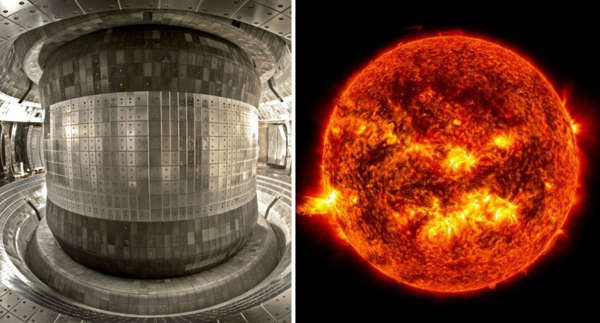 Now, what actually is EAST ?

East reactor is an advanced nuclear fusion experimental research device located at the Institute of Plasma Physics of the Chinese Academy of sciences in Hefei, China. The main purpose of the artificial sun is to replicate the process of nuclear fusion to generate power. The EAST project is part of the international thermonuclear experimental reactor (ITER) facility. The project includes contributions from India, South Korea, Japan, Russia and the United States. 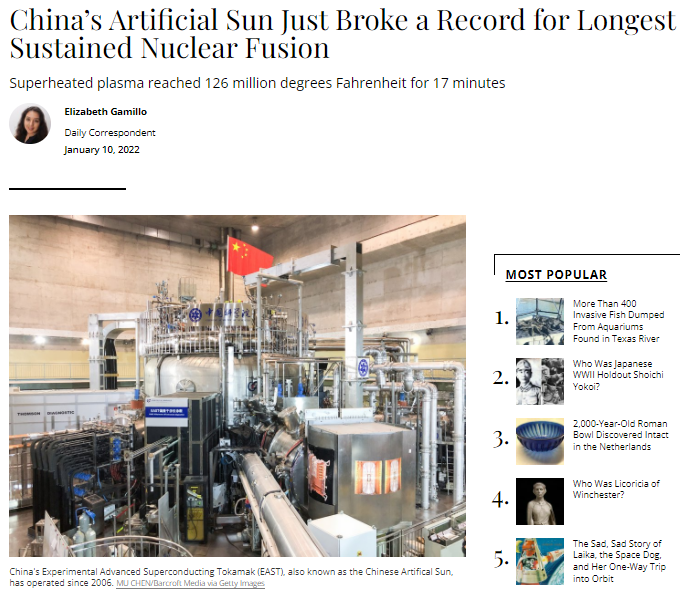 Is nuclear fusion the future?

Unlike EAST, The current generation of nuclear power plants use nuclear fission. Nuclear fission is a process in which the nucleus of a heavy atom is split into two but this process generates nuclear waste that is difficult to dispose of. Now if we talk about nuclear fusion it has many advantages like it has no nuclear waste. It does not emit  greenhouse gases. It is a safer process with a lower risk of accidents and it is capable of producing unlimited energy at a very low cost. 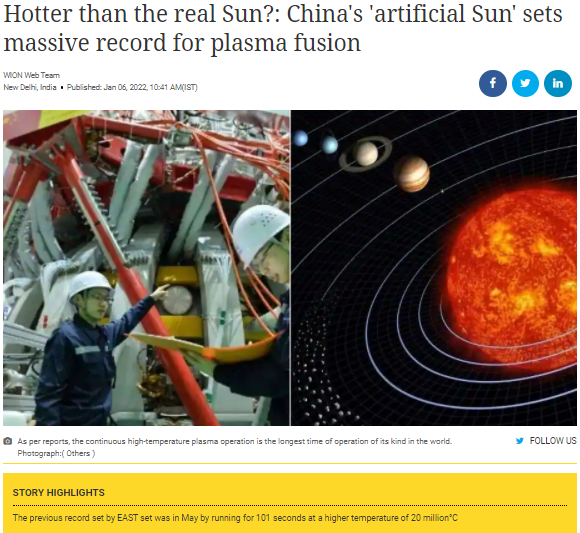 For nuclear fusion to occur, tremendous heat and pressure are applied on hydrogen atoms so that they fuse together. The nuclei of deuterium and tritium are made to fuse together to create a Helium nucleus, a neutron, along with a whole lot of energy. Now, what does this actually mean for the future?

Scientists say that it will take about three decades before China is able to see a fully functioning artificial sun. Other countries are also developing nuclear fusion reactors, the US plans to build a functioning “artificial sun” reactor by 2025. Korea has its KStar, which stands for Korea Superconducting Tokamak Advanced Research, a superconducting fusion device. Thus, this is all about the artificial sun, It’s working process and it’s future.