Meta, it’s meaning and the reason behind it losing $200 Billion in a single day.

Meta, it’s meaning and the reason behind it losing $200 Billion in a single day.

Facebook, the company that owns different social media sites like facebook, messenger, instagram and whatsapp is now known as meta with the recent change in the name of the company. This company is a multi dollar social media empire with billions of users and a bunch of apps, software and other technology companies under it’s umbrella. Facebook creator Mark Zuckerberg has announced that the parent company that owns all these apps and software have changed it’s name from Facebook to Meta. The CEO emphasises that it’s all about it’s vision for the future. The CEO also addresses that the company will be metaverse first and not facebook first. 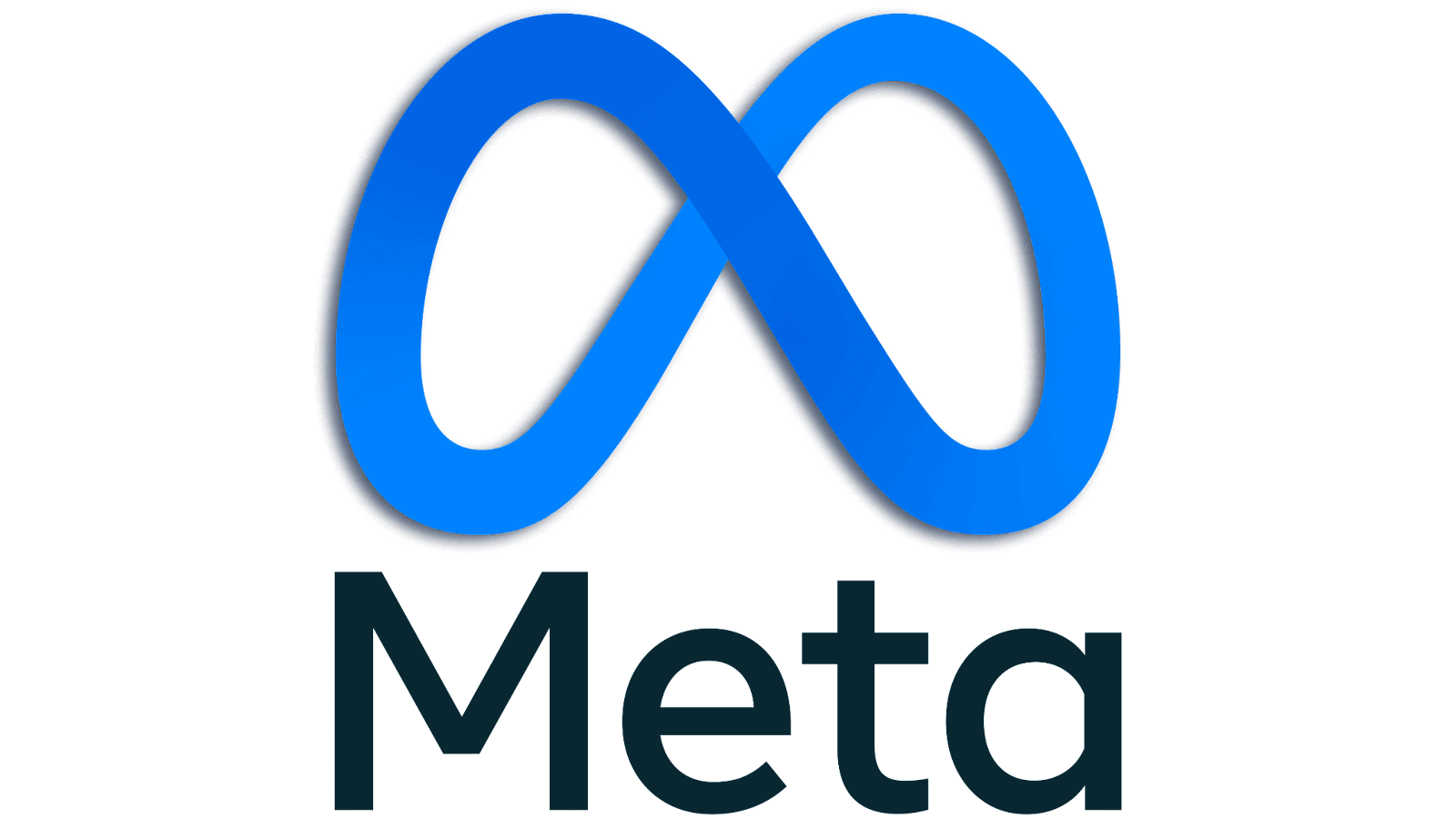 What exactly is Metaverse ?

In simple words, Metaverse is a virtual world where it’s hoped that people will one day be able to do basically anything from work to support to buying lands and socialising. Facebook rebranded itself with metaverse. This word “Metaverse” is a broad term but it generally refers to online spaces that allow people to interact in a more immersive way than any traditional websites. It could be for the use of virtual reality by wearing a VR headset. People also use the term “Metaverse” to refer to a virtual environment where you have an avatar, a little cartoon person representing yourself and you can walk around and interact with other people’s avatar exactly like in a video game. The new generation sees it as the next stage in the development of the internet. 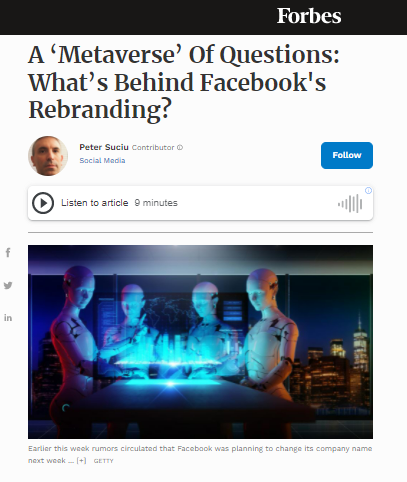 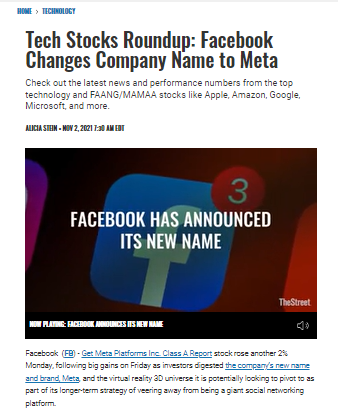 The company now known as Meta have heavily invested in developing virtual and augmented reality headsets and glasses and will reportedly create 10,000 jobs in the European Union to bring this Metaverse plan to life. The term Metaverse is very popular in silicon valley with microsoft also talking about converging the digital and physical world. Because of the global health crisis over the past two years, more people have been working from home and going to school remotely, spending a lot more time online and missing out on human interaction. Now, some people think there’s more demand for online spaces where people's interaction can be more multi-dimensional and life-like, allowing people to immerse themselves in digital content rather than simply viewing it. This is the major information  regarding meta and Metaverse. Now let us know how exactly Meta lost $200 billion dollars in a single day. 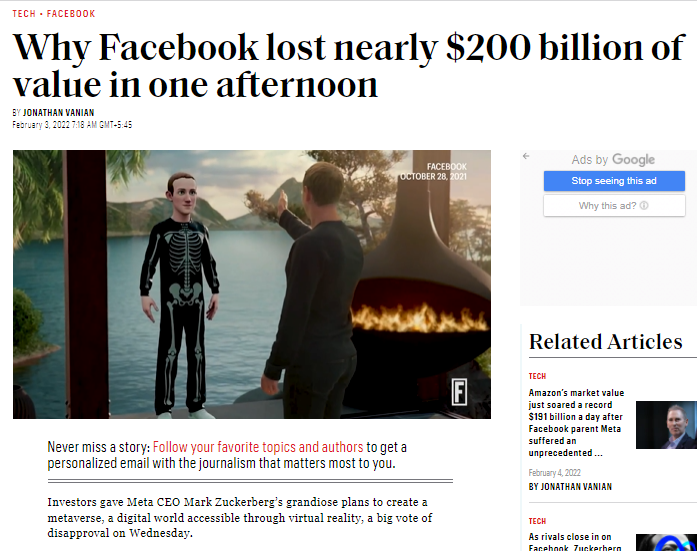 How did Meta lose $200 Billion dollars in a single day ?

The company Meta had a huge fall in the share market on the 3rd and 4th of february. This resulted in the company’s valuation being reduced by $200 Billion dollars in a single day. This loss was a huge one bringing the shares of facebook now known as Meta down by 26%. This is the company’s biggest one day drop ever, ahead of the 19% plummet it saw in July of 2018. It has been said that there are two main reasons behind this fall in both the evaluation and shares of the company. The first one is the reduction in the number of facebook users and the second one is said to be the new privacy policy of apple and it’s dispute with Meta. 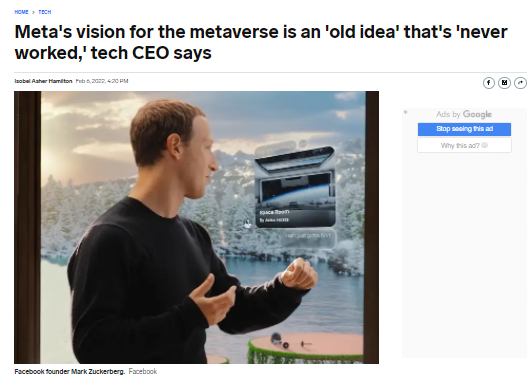 Elaborating the first reason, The number of facebook users declined for the first time in it’s history last quarter. Facebook’s parent company Meta reported daily active users numbers of 1.929 billion over the last three months of 2021. In the Q3 of 2021, it reported an average of 1.93 billion active users. This means it lost over roughly 1 million users over that period. This is for the first time in Facebook’s 18 years of history that it’s seeing the number of people using it’s platform fall in the three months towards the end of 2021. The Ceo Mark Zuckerberg has been very frank about this and says that this is happening as they are losing younger users to platforms like tik tok and youtube as people’s tastes are changing with time. The company’s revenues are also slowing because they are making less money from advertising. Advertising has always been a big money spinner for them and the companies are advertising a bit less at the moment because of supply chain problems. 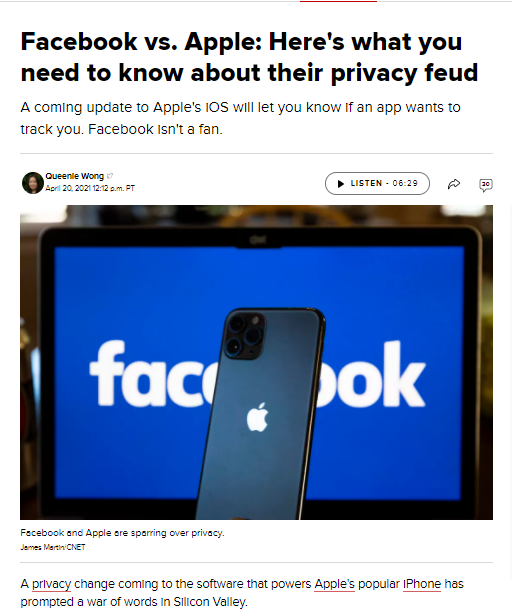 Now, focusing on the second reason, Apple is counted as one of the top brands in the World. Many people use Apple devices. Apple changed its privacy policy last year limiting the ability of app developers to target users. Facebook was certainly stripped of one of its most important assets, which was advertising. Due to this privacy policy the relation between Facebook/Meta and Apple is not so good. It has been said that Meta is going to take a 10 billion dollars head from the Apple privacy policy changes alone this year. This loss of $200 Billion is so big that it's bigger than the economy of Greece. This is a huge value drop and has spooked the market in general. It has its knock-on effect on not just Facebook but other social media platforms as well. The shares of Twitter, Snapchat and Pinterest all went down with the fall in the shares of Facebook. The change of the name towards the end of 2021, from Facebook to Meta is a really big hint that they are not pinning their future hopes on the platform Facebook. It's also a huge hint that they are pinning their hopes on this concept of the Metaverse, Thus, these are the reasons behind Meta losing $200 billion dollars in a single day.